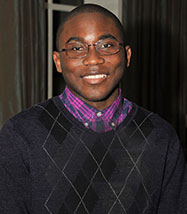 Robert Hight graduated from Emory University with a BS in Biology and a minor in Japanese. He also received his MS in Cellular and Molecular Biology from Tulane University. He was the recipient of both the Gates Millennium Scholarship and the Martin Luther King Jr. Scholarship which were merit-based awards that covered all of the expenses for both his undergraduate and graduate school degrees. Additionally, he helped co-found an organization, while at Emory, which was dedicated to providing first aid/medical supplies for low-income elementary and middle schools in the Atlanta area.

As a medical student, Robert serves as the Treasurer for Dean’s Council and as a mentorship/community service co-chair for the Student National Medical Association (SNMA). Under the mentorship of Dr. Daniel Golden, Robert worked on a research project which sought to examine the dynamic of the doctor-patient relationship in the context of the Electronic Health Records (EHR) system among radiation-oncology physicians as well as work-life balance among those physicians.