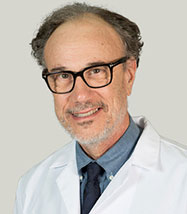 Daniel Brauner has worked as a geriatrician for 33 years, seeing patients in the clinic, nursing home, hospital and their homes, first at UIC and then at the U of C arriving in 1994 when he also joined the faculty at the MacLean Center. Previously at UIC he also had an appointment in the Department of Medical Humanities where he worked with Suzanne Poirier teaching literature to young students of the health professionals and was among the first to apply critical theory to the medical endeavor, deconstructing the chart and medical presentation in the early 1990s. This was also when he began his obsession with understanding the resonant meaning behind advance directives as embodied by the DNR order. He began this enquiry at the U of C working with Victor Yngve professor of Anthropology and Linguistics where they studied the discourse of persons with dementia, and he ultimately developed an instrument for assessing decision-making capacity using linguistic theory. His most recent work for the past several years has focused on an historical analysis, specifically of resuscitation as a metaphor for understanding the current crisis in American Medicine. As a result of this work he is currently working on a new model for physicians, he calls the Patientist. Among his administrative responsibilities Dr. Brauner has served as the director of the Geriatrics Fellowship Program and is currently the Co-director the MacLean Center for Clinical Medical Ethics, Consult Service and is also a long time Assistant Director of the Center.