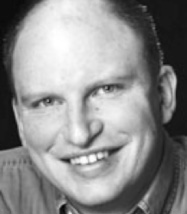 Jonathan Emerson Kohler, MD MA is the senior fellow in pediatric surgery at the University of Chicago. Dr. Kohler holds degrees with honors from Brown University, where he studied biology and theatre, and from the Pritzker School of Medicine at the University of Chicago, as well as a masters degree in health communications from Emerson College. Prior to medical school, he worked in theatre and as a health care reporter for the daily Standard-Times in New Bedford, MA. His research interests include the effect of patient and parent expectations on outcomes in pediatric surgery, and on the role of mass media in forming and modulating those expectations. Projects include production of several patient and parent education programs for the University of Chicago, University of Washington, and Boston Children’s Hospital, and development of several medical drama pilots for network television with Imagine Television and CBS Studios. He is the founder of the medical narrative consulting company RxCreative, which helps produce accurate medicine on television, and helps doctors use narrative techniques to teach their patients. He completed his general surgery training at the University of Washington.

Dr. Kohler is a member of the faculty at the University of Wisconsin in Madison.