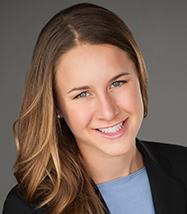 Laurie Nosbusch graduated with highest distinction in 2013 from the University of Wisconsin-Madison with majors in Biology and Spanish and a certificate in Global Health. She was captain of the Division 1 women’s soccer team for two years and earned numerous awards, including the Big Ten Medal of Honor. In medical school, Laurie served as a board member for the Washington Park Children’s Free Clinic and a co-president of the Diabetes Prevention and Management Group. Under the mentorship of Kristen Knutson, Ph.D, Laurie investigated the impact of sleep extension on diabetes risk and earned Honorable Mention of Excellence in the Pritzker Summer Research Forum.

Dr. Nosbusch is an Emergency Medicine Resident at Northwestern University in Chicago, IL.