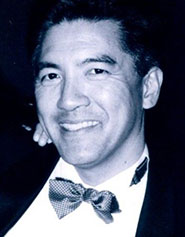 Dr. Sherwin Ho is a Professor of Orthopaedic Surgery at the University of Chicago, The Frank and Tang Families Endowed Professor Sports Medicine, and Director of the Sports Medicine Fellowship. He has taught and lectured nationally and internationally, and has served as an official spokesman for the Americian Academy of Orthopaedic Surgeons (AAOS), as well as course faculty and on many committees for the AAOS, the American Orthopaedic Society for Sports Medicine, and the Arthroscopy Association of North America. He is a member of the Herodicus Society, a principal reviewer for the American Journal of Sports Medicine, a founding member of the editorial board of the Orthopaedic Journal of Sports Medicine, and Editor-In-Chief for Sports Medicine for Medscape Reference (WebMD, formerly eMedicine). He has served as a team physician for the Chicago Blackhawks of the NHL, the Chicago Sky of the WNBA, and Concordia University Chicago where he was inducted into their Athletic Hall of Fame in 2012. As team physician for the USA Women’s Volleyball national team, he accompanied them to Beijing where they won a silver medal. More recently, as head team physician for the China Women’s national volleyball team, he accompanied them to gold medals at the 2015 World Cup in Japan, the 2016 Rio Olympic Games, and the 2019 World Cup in Japan.