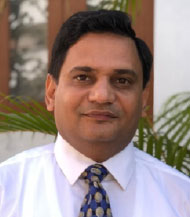 Satendra Singh, MD is an Associate Professor of Physiology at University College of Medical Sciences (UCMS), University of Delhi. He is also Executive Member as well as member of the Ethics Committee of the Delhi Medical Council which is a statutory body under the Government of Delhi.

He is a noted disability rights activist and is the first person from India to be awarded the Henry Viscardi award in 2017 which honors exemplary leaders in the disability community who, through the example of their professional accomplishments and advocacy efforts, are reshaping societal perceptions and making significant changes in the quality of life of people with disabilities.

Ten years ago, a series of serendipitous events propelled him and his mentors Navjeevan Singh and Upreet Dhaliwal, to explore the Medical humanities. They founded the Medical Humanities Group at UCMS in 2009 which was the first such initiative in a medical institution in India. Along with Bucksbaum Institute, the group framed disability competencies for health professions education to improve doctor-patient relationship. He is also working on supported decision-making among marginalized population specially people with disabilities. 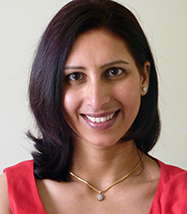 Dr. Ranjana Srivastava MD,OAM, was educated in India, the United Kingdom, the United States, and Australia. She graduated from Monash University with a first-class honors degree and several awards in medicine. Dr. Srivastava undertook her internship, residency and specialist training at various Melbourne hospitals.

In 2004, Dr. Srivastava won the prestigious Fulbright Award, which she completed at the University of Chicago. She was admitted as a fellow of the Royal Australasian College of Physicians in 2005 and started practicing oncology in the public hospital system. In 2014, Ranjana was recognized by Monash University as the Distinguished Alumni of the Year. She was also appointed an adjunct associate professor in the Faculty of Medicine, Nursing and Health Sciences. Ranjana was included in Westpac’s 100 Influential Women of 2015.

In 2017, Dr. Srivastava was bestowed with the Order of Australia (OAM) for her work and service to medicine, particularly in the field of doctor-patient communication. The Order of Australia is the principal and most prestigious means of recognizing
outstanding members of the community at a national level; the honor was established in 1975 by Her Majesty Queen Elizabeth II.