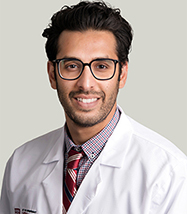 Dr. Ahmed has been recognized as a leader in the community of IR, having recently been selected to attend the SIR’s leadership and development academy and received the society’s Young Investigator award for 2020. He also contributes as Social Media Editor for SIR’s flagship editorial, the Journal of Vascular and Interventional Radiology. He has also been recognized by the journal as a Top Reviewer for the years 2016-2020. His clinical and research interests include catheter-based treatments for venous thromboembolism, caval filter retrieval, health economics, embolization, and interventional oncology. 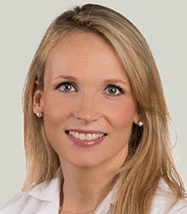 Dr. Brennan obtained her medical degree from the University College Dublin, Ireland. She completed her pediatric residency at Mount Sinai Medical Center in New York, NY, followed by a fellowship in neonatology at New York Presbyterian Weill Cornell, New York, NY. Prior to coming to the University of Chicago, Dr Brennan was a Visiting Assistant Professor of Clinical Pediatrics in the Division of Neonatology at the University of Illinois Chicago. Dr Brennan has been an Assistant Professor in Pediatrics at University of Chicago since 2016. Her areas of interest at medical simulation and medical education. She is the Director of Neonatal Simulation and the associate program director for the neonatology fellowship program. 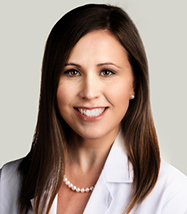 Dr. Cone has an expertise i33n trauma, acute care surgery and surgical critical care. She has been an integral part of the opening of University of Chicago’s Adult Level 1 trauma center, developing many of the protocols that are used to guide clinical practice. She has an active interest in resident education and is an Associate Program Director of the General Surgery Residency Program. She has won the Golden Apple award for excellence in teaching and serves as a mentor and advisor for both clinical and research residents. Dr. Cone leads surgical intern bootcamp and a monthly intern skills club. Her academic work has focused on trauma outcomes and violence prevention research. Additionally, she serves on several national committees related to surgery. 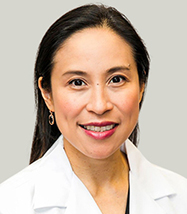 Arlene Ruiz de Luzuriaga is an Assistant Professor of Medicine in the Section of Dermatology, and Vice-Chief for Dermatopathology Operations. She is a graduate of Duke University School of Medicine. Dr. Ruiz de Luzuriaga also holds an MPH from the University of North Carolina at Chapel Hill and an MBA with honors from the University of Chicago, where she received the Vashee Promising Entrepreneur Award from the Polsky Center for Entrepreneurship and Innovation in 2017. She completed her dermatology residency at the University of Chicago, serving as Chief Resident in her final year of residency, and then also completed her dermatopathology fellowship. Dr. Ruiz de Luzuriaga is a dermatologist and dermatopathologist. She is interested in epidemiologic studies in dermatology and dermatopathology, clinical informatics, and the use of information technology for the improvement of patient care, diagnosis and treatment algorithms, quality improvement, and medical education. Her clinical focus is on total body photography, dermatoscopy, skin cancer surveillance, and melanoma prevention and early detection. She hopes to explore the decision-making experience surrounding ambiguous melanocytic neoplasms, and how patients and dermatologists incorporate additional data from novel ancillary diagnostic tests for melanocytic lesions. 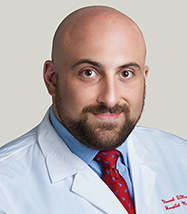 Vincent A DiMaggio, MS, MD, is a physician who practices in both the inpatient and outpatient settings at the University of Chicago. After completing graduate and medical education at Georgetown Univeristy, he went on to residency at the University of Chicago. Dr. DiMaggio is trained in both internal medicine and pediatrics, sometimes referred to as “Med-Peds.” This practice includes care for patients from newborns to the elderly. His specific clinical interest involves the Transition from pediatric to adult general care of adolescents and young adults with chronic medical conditions of childhood. Academically, Dr. DiMaggio is a dedicated medical educator with ambitions to focus on the doctor-patient relationship. Notably, he completed a Fellowship in Clinical Medical Ethics at the MacLean Center of the University of Chicago in his last year of residency and completed a Chief Residency in Pediatrics in the following year. During residency, he was admitted to the Alpha Omega Alpha Honors Society as a resident educator by the Pritzker School of Medicine. Currently, he remains at the University of Chicago as Assistant Professor of Medicine and Pediatrics in the Comprehensive Care Program providing longitudinal care for high risk patients in both primary care and hospital medicine settings. 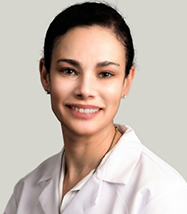 Dr. Harmath is a radiologist subspecialized in abdominal imaging, with emphasis in Magnetic Resonance Imaging. She received her medical degree from the Pontifica Universidade Catolica do Parana in Brazil and completed her diagnostic radiology residency at Loyola University Medical Center in Maywood, Illinois, where she served as chief resident from 2002 to 2003, and received the 2002 Radiological Society of North America Resident Research award. She holds a fellowship in body imaging/MRI from Northwestern Feinberg School of Medicine. She has been appointed to the rank of Assistant Professor of Radiology at the University of Chicago in August 2017, with clinical responsibilities in the Section of Abdominal Imaging, and has become the Abdominal Imaging Section Chief in 2020. Her clinical and research interests include oncologic imaging, CT and MRI imaging of the digestive system and transplant imaging, as well as multidisciplinary contribution to patient care. She is involved in numerous research projects within her department and in collaboration with colleagues in surgery, OBGYN, urology and medicine. Educational interests include learning facilitation and improvement in medical communication, mentoring and goal achievement. She received The Marc Ronald Tetalman Memorial Award for Outstanding Teaching in 2018 and the Senior Class Teaching Award in 2019. She has been invited for several internal educational lectures in the departments of medicine, such as hepatology and nephrology, as well as surgery. She believes that interdisciplinary communication, trust and knowledge share is key to patient care and the collegial approach with other subspecialties contributes to best healthcare outcomes and lower costs. Dr. Harmath has worked extensively with the radiology departmental Diversity, Equity and Inclusion (DEI) committee and BSD the Diversity and Inclusion office developing plans in mentorship, longitudinal DEI goals, and DEI on recruitment. 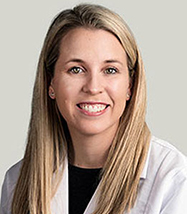 Dr. Kelly Nelson Kelly is an Assistant Professor in the Section of Neonatology at The University of Chicago Comer Children’s Hospital. After attending The University of Notre Dame for her undergraduate degree, Dr. Kelly completed medical school at Loyola University Chicago, and then went on to complete her residency and fellowship at The University of Chicago. Since finishing her training, Dr. Kelly has been working in the Comer Children’s Hospital NICU as an attending neonatologist. Her additional interests include prenatal counseling through the Fetal and Neonatal Care Center (FNCC) as well as participation in the MacLean Center for Clinical Medical Ethics. 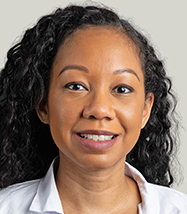 Grace Berry LaShore, MD, is an Internal Medicine physician in the Comprehensive Care Program in the Section of Hospital Medicine, specializing in the care of complex adult patients in both the inpatient and outpatient settings. After earning her undergraduate degree in Biology at Yale University, she received her medical degree at Columbia University College of Physicians and Surgeons, and completed her residency at NY Presbyterian Hospital- Columbia University. Upon completing her residency, she moved to Chicago to join the Comprehensive Care Program at the University of Chicago, where she now serves as the Director of Clinical Operations. During her time at UChicago, she has also been a faculty scholar with the LUCENT program, a program that provides skills to become leaders in transforming primary care in underserved, urban settings. Her interests include clinical operations, healthcare delivery innovation, healthcare disparities, improving transitions of care between the inpatient and outpatient settings, and quality improvement. Dr. LaShore is also the course director for the Comprehensive Care Program 4th year medical student elective and a preceptor for 1st year medical students for the Patient Centered Longitudinal Experience. 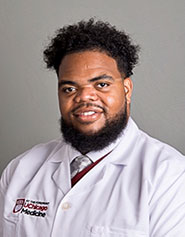 Dr. Abdullah Hasan Pratt, is an Assistant Professor and Emergency Medicine Physician at the University of Chicago Medical Center. Known as “Dee”; Dr. Pratt’s goal has always been to have a career advocating for underserved communities and addressing systemic healthcare disparities. Though 2021 will mark his 11th year on the campus of The University of Chicago, it has been the 31 years of experiences over his lifetime as a resident of Chicago’s Southside that have shaped and guided his career to this point. He attributes this commitment to his childhood experiences witnessing the poor health conditions, premature deaths, and day to day struggles from a lack of access to proper healthcare by the people he cared about. This was most evident in the wake of his older brother’s murder secondary to gun violence, where in coping with the loss, he dedicated his efforts towards mentoring at risk youth, coaching youth football, and community organizing around violence prevention. As an Emergency Medicine physician, he continues to vigorously work to improve health literacy and emergency preparedness through teaching South-Side residents how to properly respond to cardiac arrests, penetrating traumas (gunshot victims), and strokes prior to the arrival of medical assistance.

A pivotal point in Dr. Pratt’s career came in the year between his third and fourth years of medical school, where he directed his actions toward advocating for a new Level One Trauma Center for Chicago’s Southside. It would be the experiences he gained during this work with both the protesting community organizations as well University of Chicago administration, that would fuel Dr. Pratt’s desire to have a career within Emergency Medicine. In this capacity, his daily exposure to gun violence, drug abuse, and emergencies related to chronic diseases could direct his community outreach efforts to prevent these Emergencies from taking place. As an Emergency Medicine Physician, he has vigorously worked to improve health literacy and emergency preparedness through teaching Southside residents how to properly respond to cardiac arrests, penetrating traumas (gunshot victims), and strokes prior to the arrival of medical assistance.

From serving as a ringside/sideline team physician, to cultivating the next generation of healthcare professionals, to simply fighting to preserve lives both in and out of a level one trauma center; it isn’t important to Dr. Pratt what activities he engages in, but rather where and to whom he dedicates his time. He is truly a believer that it is for those suffering most from the ills of healthcare disparities, where the most of his pursuits should exist. By initiating events first within the underserved communities closest to his home and hospital where he works, he hopes to help bring change by playing a small roll with others, with hopes of making an impact for all. 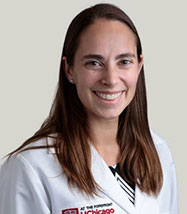 Dr. Dalton is passionate about wellness and has developed and implemented a peer support program in the department of anesthesia to combat the second victim phenomenon in trauma.